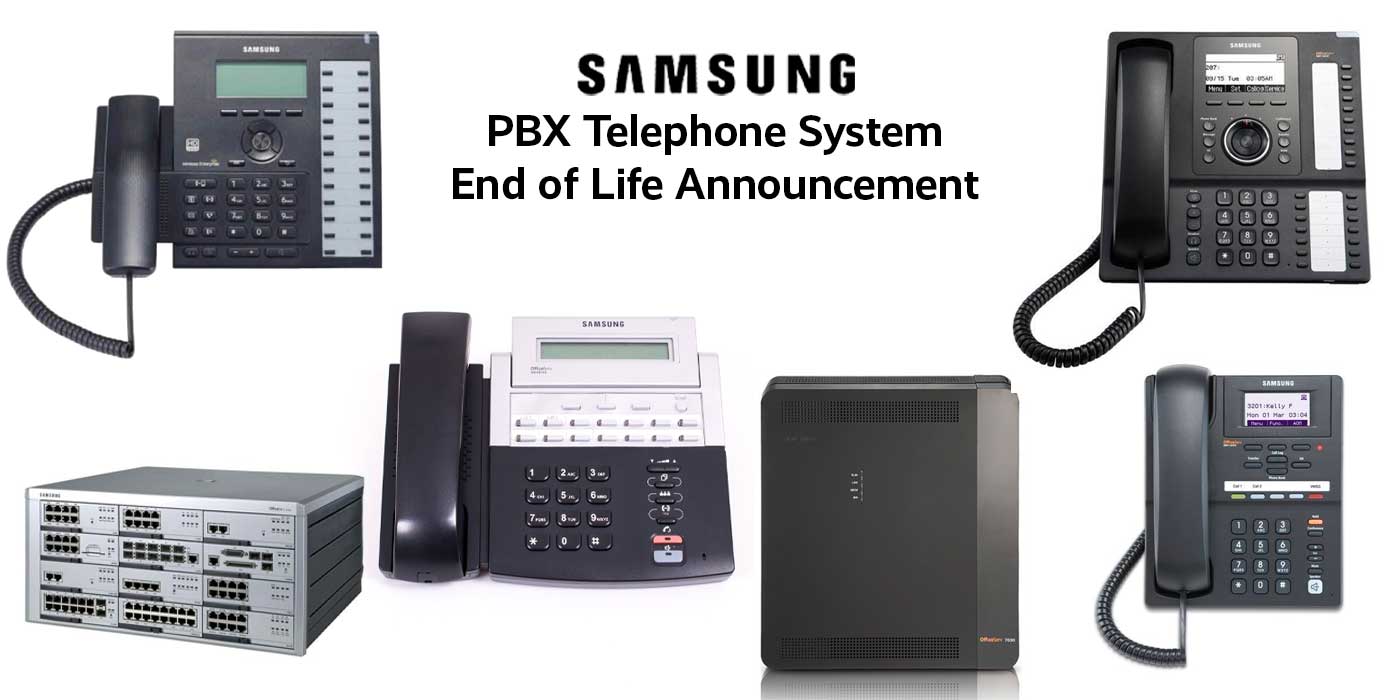 Samsung Announce End of Life for Their PBX Telephone Systems

For many years, Samsung have been one of the telecoms industry heavyweights—manufacturing the popular OfficeServ PBX telephone system range. With thousands of Samsung systems installed in businesses across the UK.

In June 2019, Samsung officially announced that they were ending manufacturing and support of their PBX telephone systems and the OfficeServ range.

December 31st 2021 was the final day of Samsung support for all legacy PBX systems. Samsung have ended their support for all existing PBX telephone systems, including those used by thousands UK businesses.

The seemingly once indestructible Samsung PBX has fallen, leaving customers with lots of unanswered questions, so we’re here to help answer them.

What Samsung PBX Telephone Systems are End of Life?

All of the above products have been officially discontinued by Samsung, and are no longer supported. This includes no new spare parts for existing telephone systems.

If you're unsure what phone system you have, you can find out by locating it in your office (usually in a comms room or nearby your broadband/lines entry point) and emailing a picture to support@bytesdigtial.co.uk

Why are Samsung Phone Systems End of Life?

Lots of Samsung PBX customers have been asking, why are they end of life? Well the honest answer is that nobody “officially” knows. Samsung did not release a reason with their press release, however, it is likely a combination of the following factors:

1. The move to hosted

Businesses nowadays use cloud technologies, VoIP, and hosted telephone systems such as 3CX. These are a considerably cheaper, more modern and more feature-rich alternative to the Samsung OfficeServ or other PBX.

As customers moved to cloud-based PBX systems, it is likely that Samsung’s PBX ‘arm’ became less financially rewarding. Although there is no official figures published, it is hard to believe that Samsung would shut down a part of the business that was performing well.

With lease agreements and expensive maintenance contracts becoming a thing of the past, businesses moving away saw significant cost saving against those still using Samsung phone systems.

Another reason for Samsung PBX pulling out of the market is the use of legacy equipment in their telephone systems.

As the world moves to IP-first communications, using technologies such as VoIP and SIP, the Samsung PBX systems were somewhat left behind. Although up-to-date systems may be using SIP, a more traditional Samsung PBX uses older, out dated technology that is quickly becoming not fit for purpose.

4. The ISDN switch off

As you may know, in 2025, the UK’s ISDN network is being switched off. This means that existing ISDN telephone systems will stop working. With lots of Samsung PBX systems still relying on ISDN, this isn’t great.

To convert your Samsung telephone system to SIP (which is the replacement for ISDN), you might need to spend a decent amount of money, and even have some physical hardware upgrades put in place (often requiring an engineer to visit site etc).

Your business does need to upgrade to SIP or VoIP. It has to happen within the next 3 years, the sooner the better. And if you’re moving your infrastructure over, then changing to a new telephone system is the obvious step in the process.

5. The move to mobility

You might have heard of the term ‘softphone’. Softphones are—as you might expect—a software version of a business phone. Softphones can be setup on a mobile, tablet, computer or Mac. Once setup they allow you to make and receive calls using your device.

With the recent rise in home working due to the pandemic, and with more businesses opting for ‘mobile-first’ workflows, the Samsung PBX telephone system range was falling behind.

With little to no availability or flexibility for mobile working, and a significant amount of resource required to convert the a mobile-ready environment, it is no surprise that Samsung pulled out of the PBX market; rather than committing to longer term investment.

If your business has a Samsung PBX telephone system, then it may be time to look at a replacement. Especially now support has been ended by Samsung, your PBX or telephone system is at risk.

If you have a Samsung phone system installed at your business, there are a few things you can do:

By checking your existing contract, you can find when your Samsung system is up for renewal. By knowing an exact end date, you can plan for the move to a new and supported telephone system. If you're unsure, get in touch with our team and we'll be able to assist you.

It’s worth checking your maintenance agreement (if you have one). Check to make sure your provider is able to offer maintenance to your system, even though they’re unsupported by Samsung. You could also check that they have sufficient stock, and are able to offer you replacement parts.

Our technical team have over 20 years of experience with Samsung PBX telephone systems, including the OfficeServ and SCM ranges. It is this knowledge that allows our customers to migrate their Samsung seamlessly to one of our more modern offerings—minimising downtime and business disruption when you move away from your Samsung system.

The final thing you'll need to do if you have a Samsung phone system is look into alternatives.

Can You Get Suppor‍t For Samsung OfficeServ PBXs?

Yes and no. Technically, Samsung PBX telephone systems, including the OfficeServ and SCM range are no longer supported by Samsung Electronics as of 1st Jan 2022.

That means that replacement equipment is no longer manufactured, and there is no Samsung-level support for those still using a Samsung PBX. However, some companies are still offering support and maintenance using refurbished or existing parts.

At Bytes Digital, we have some of the highest trained Samsung PBX engineers in the UK, capable of maintaining your Samsung phone system for as long as possible. However, a time will come (quite soon) where you need to change your business to an alternative telephone system.

The last thing we would want is for a telephone system to stop working—leaving you with no communications. With no replacement parts available, repairing problematic Samsung telephone systems become almost impossible.

Alternatives to the Samsung PBX

Changing your businesses telephone system is a daunting task, but if you have a Samsung PBX, you will need to change as soon as possible.

A hosted VoIP phone system is the modern day equivalent of a PBX. Using cloud technology and Voice Over IP, you can replace your expensive on-site Samsung hardware with a simpler solution.

Businesses moving to Hosted VoIP phone systems often see savings (sometimes up to 90%) against Samsung telephone systems. This is because hosted VoIP doesn’t require long lease agreements, nor expensive maintenance contracts and hardware updates because everything is in the cloud!

Another great benefit of hosted VoIP is that it uses your businesses existing broadband connection, which means that you can eliminate all of your line costs and call charges, and make better use of your internet connectivity.

If you’ve been researching business telephone systems, you’ve likely come across ‘3CX’. 3CX is another brand of telephone system (just like Samsung), that is software based.

Learn more about 3CX for your business.

Unlike a Samsung PBX, 3CX doesn’t require a physical on-site bit of equipment, which (like hosted VoIP), is a great way to save your business money. Using SIP trunks, you can control your costs and only pay for the capacity that you actually need—rather than paying thousands for an upgraded Samsung PBX.

If you like having a physical, on-site hardware; then a hybrid PBX is the best option for you. A hybrid system combines the flexibility of a VoIP, with the added reliability and redundancy of on-site hardware.

In our experience, hybrid options are normally more cost-effective for larger businesses with upwards of 70+ extensions. Or businesses that already run their own in-house server hardware and equipment.

Samsung PBX telephone systems have long been the gold standard for business telephony - but not any more.

With Samsung officially announcing the end of life for their PBX range in 2019, and now we’re in 2022, Samsung no longer officially support their phone systems—it is now time for your business to look into alternatives.

For a free, no-obligations review of your telecoms, or to speak to one of our Samsung-trained technical team about the next steps for your phone system, call Bytes Digital on 03331 301 021, or email sales@bytesdigital.co.uk

Blog post:
What is Hosted Telephony and How Does it Work?
› 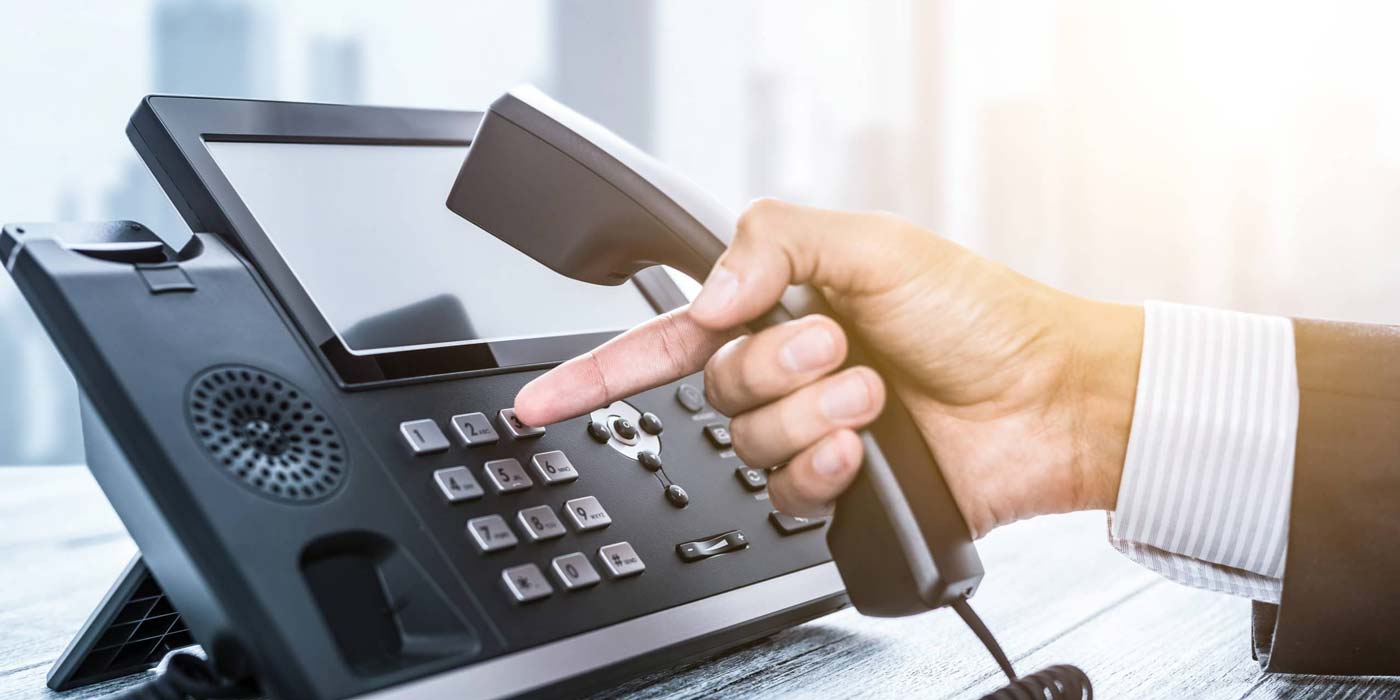 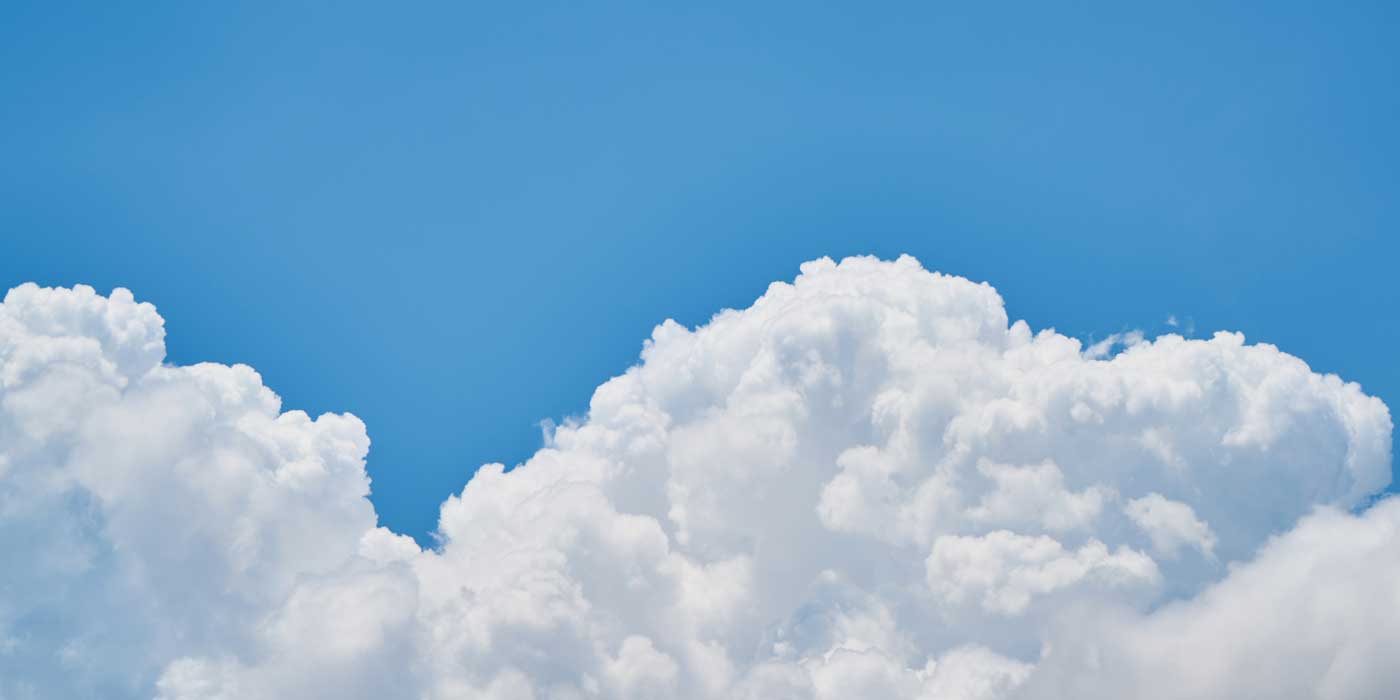